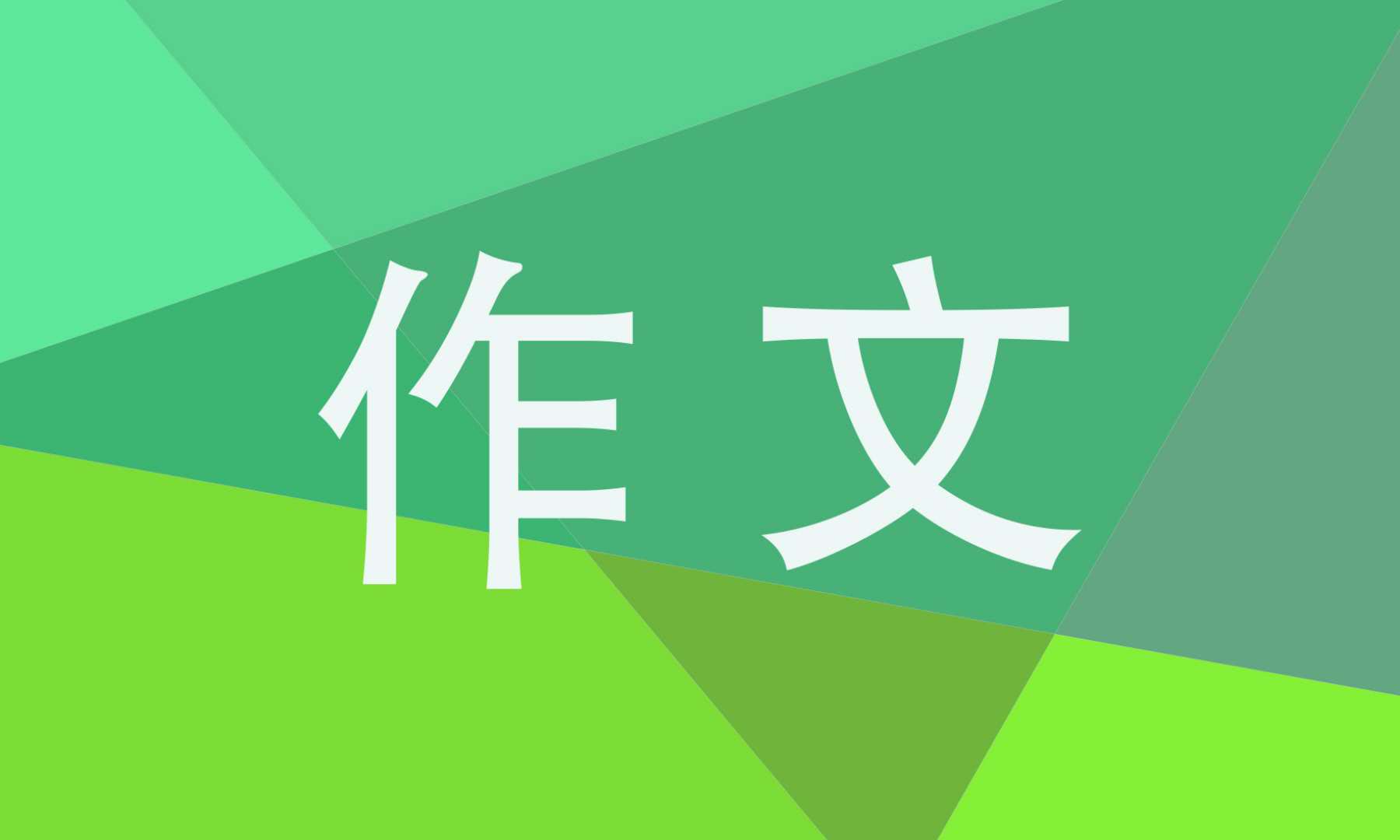 My christmas holiday Christmas Day,the 25th of December,is the biggest festival celebrated in the Christian countries of the world.Although everyone enjoys Christmas Day,it is particularly enjoyed by children,who get very excited because of the presents they know they are going to receive.Small children believe that their presents are brought by Santa Claus. Santa Claus (also called" Father Christmas)is a kind of old man ho,the children are told,lives at the North Pole.He travels through the sky on a sleigh which is pulled by reindeers and loaded with presents.Stopping on the roof of houses,he enters by climbing the chimney.When small children go to bed on Christmas Eve,they hang a stocking at the end of their beds.Their parents warn them not to try to look at Father Christmas,or he will not leave them anything.When they wake,they find their stockings filled with presents.

Children are very excited on Christmas morning and always wake up early. Christmas is also a family celebration.As any members of the family as possible gather to eat,play party games and watch the special Christmas programmes on TV.

The name of Christmas is short for “Christ Mass”. Christmas is a Christian holiday that celebrates the birth of Jesus Christ. In 4th century is a holiday for the church. By the 12th century, Christmas had become the most important religious festival in Europe. In 19th century, two Christmas customs became popular-decorating Christmas trees and sending Christmas cards to relatives and friends. Many well-known Christmas songs were written during this period.

For most people who celebrate Christmas, this is a special holiday for gathering of family and friends, enjoying delicious foods, and giving gifts. A traditional Christmas dinner in American includes stuffed turkey, mashed potatoes and so on. One of the most important Christmas traditions is receiving gifts from Santa Claus. Today, Santa Claus brings presents to children in many countries, including the Unites States, Canada, Great Britain and Australia

Christmas is a time for miracles.It is also a time when the dull things of daily life and the forecast of human hature gives way to a spiritual awakening.Allow me to share with you one truly wonder of Christmas.

Our miracle story comes from an incident that occurred in Flanders, Belgium, at the dawn of World War I. On December 24th ,1914, German and English troops faced each other from the relative safety of their ditches across which no man’s land lying between them. Suddenly, the silence was broken, not by gunfire, but by the strains of Silent Night arising from the German position. It wasn’t long before the English troops responded with a Yuletide hymn of their own. Then an amazing sight surprised the eyes of the English soldiers. A German soldier holding a small tree arranged with lighted candles began to walk across the land toward the English lines. This miraculous scene occasioned the declaration of a truce followed by English and German troops greeting one another, exchanging small gifts and singing songs of Christmas. Word of this incredible phenomenon reached the High Command of both sides.

Maybe the Spring Festival is much more important and interesting than Christmas, but I like Christmas Day better. Because we can spend time with our friends and classmates during Christmas. When it is snowy, Christmas becomes much more lovely, just like in fairytales. I can imagine I am in a fairytale, the girl who sold the matches is my friend, the ugly duck becoming more and more beautiful and so on. What a beautiful place! So we can also call Christmas “Snowy Lovely Day.” On Christmas Day, shops are red and green. There are so many Christmas cards, Christmas hats, Christmas dolls and many colourful things. So shops look very beautiful. We can give a card or a doll to our friends and say “Merry Christmas.” By the way, I think studying can also become much more interesting.

Christmas is coming, it also means a new year will come. Let’s study harder to welcome.

Although it is generally agreed that the Christmas tree in its current form came from Germany in the early 19th century, the tradition of decorating a tree to mark winter celebrations dates back hundreds of years to Roman times, when they used to decorate evergreen trees with small pieces of metal to celebrate Saturnalia.

In medieval times the 'Paradise Play' was performed every year on 24 December. This depicted the creation of Man and the fall of Adam and Eve from the Garden of Eden and always included an evergreen hung with apples which represented the apple tree of temptation.

There is a legend that St Boniface, an English monk, came upon a group of pagans gathered around an oak tree who were preparing to sacrifice a child to the God Thor. In order to stop the sacrifice, and save the child's life, St Boniface is said to have felled the tree with one blow of his fist. Later on, a fir tree grew in place of the oak and this, St Boniface told the pagans, was the Tree of Life and represented the Christ Child.

Christmas Day-December 25-which celebrates the birth of Jesus Christ, the founder of the Christian religion, is the biggest and best-loved holiday in the Christian World.

According to the Bible, the holy book of Christians, God decided to allow his only son, Jesus Christ, to be born to a human mother and live on earth so that people could understand God better and learn to love God and each other more. "Christmas"- meaning "celebration of Christ "- honors the time when Jesus was born to a young Jewish woman Mary.

Mary was engaged to be married to Joseph, a carpenter, but before they came together, she was found to be with child. Because Joseph, her husband, was a righteous man and did not want to expose her to public disgrace, he had in mind to divorce her quietly.

There is a plastic Christmas tree in front of the supermarket, a tree covered with white and riotous with colour paper, cotton, there are a lot of shining stars like the bulb. That Santa wears sharp red hat, wearing red clothes, where to squirm, say hello to the people. Everyone has a good look, and no one wants to leave there.

I asked my mother, what festival is it today? So busy, mother told me that this is the Christmas of the western countries, it is like the Spring Festival in our country. Western festivals are spread to our country, no wonder it is so busy today.

There are many festivals in a year. There are Chinese traditional festivals, which belong to our festival - children's day, may, eleven, and other legal holidays. But what I like most is not the holidays, but Christmas.

Christmas is a festival for all the Christian countries in the world to commemorate the birth of the Lord of the Lord. Although it is not valued by the Chinese, we can still see the changes that Christmas brings to life. First of all, some businesses began to sell Christmas products. Shops were full of Christmas related products: reindeer, Santa Claus toys! They became popular products and loved by consumers. Secondly, the school has also carried out a lot of Christmas activities, what to guess gifts, Christmas party, give people a strong holiday atmosphere. Christmas is coming in so slowly.

It seems to me that Christmas is such an atmosphere and a mysterious holiday. And it also inspires me to cherish the time, only once a year. Once every time, we have grown up one year old again.

It is said that around sixteenth Century, the German evergreen pine branches to the furnishings in the house, and later, the German missionary Martin Ruud put the candle on the fir tree in the woods, and then lit, it looks like to guide people to the Bethlehem stars, like two thousand years ago, the three Magi found Jesus in accordance with the stars in general. Today, people have used small light bulbs instead of candles.

A long time ago, a farmer, met a poor child on Christmas day, he received a child, the child when he left pine root inserted in the ground and immediately turned into a pine tree, hung above a gift to farmers in return for the kindness.

Santa Claus is the most popular people on that day. It is a custom to ACT Santa Claus. Before children go to bed on Christmas Eve, they will put a sock on stove and wait the Santa Claus to put presents into it. So Christmas Day is one of the favorable festivals for children.

On Christmas Day, the whole families sit at a big table under Christmas tree to eat dinner. They value it very much. Christmas songs mainly include three songs: Jingle Bells, Silent Night and Hark! The Herald Angles sing.